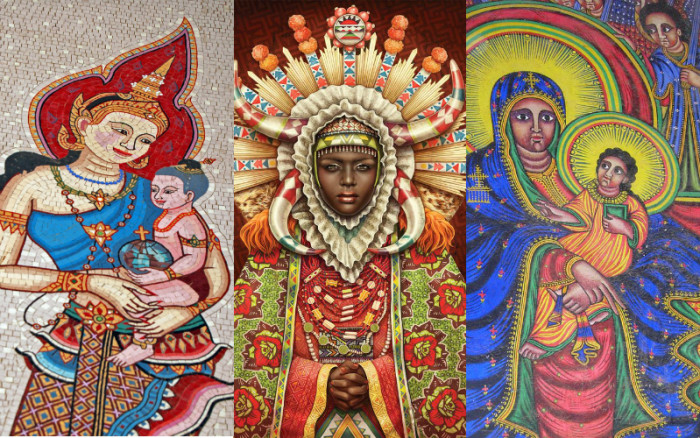 How would you picture Mary?

The Blessed Virgin Mary was thoroughly Jewish. Different cultures and ethnicities have often portrayed her, Jesus, and others from the Bible as being from their group.

Since Christianity for many centuries was based largely in Europe, these important characters of salvation history have often been depicted as white Europeans. Which is fine! But other cultures have also depicted them according to their own appearances.

Take a look at how others have pictured Mary: 13 Beautiful Non-White Depictions of the Blessed Virgin Mary a post on ChurchPop by the Editor