Art for Proper 15A in the RCL 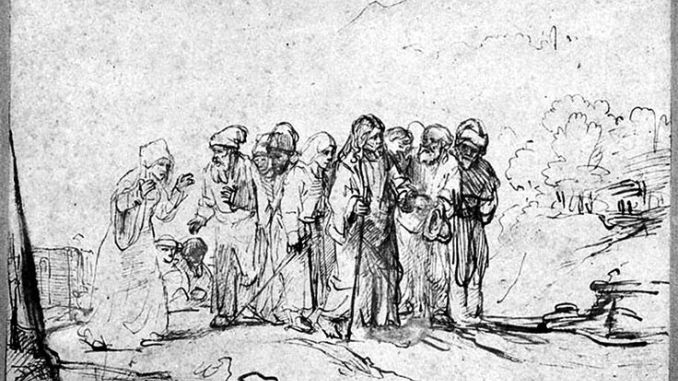 Dutch artist Rembrandt van Rijn, began his career in Amsterdam where a large merchant class appreciated art and had the means to support it.  He gained early success but money management was not a priority with him and during the latter years of his life he struggled financially.  He continued to work steadfastly, however, and produced art of the highest order.

The biblical setting for the drawing, Christ and the Canaanite Woman, is in the region of Tyre and Sidon; two ancient cities of Canaan on the Mediterranean Sea.  When Christ was there he was approached by a woman of Syrophoenician origin (far left in the drawing) who begged him to heal her daughter.  It was suggested by the disciples that she be turned away but Christ made it known that his ministry was for everyone and the woman was granted her request.