Scripture, tradition, and reason in one man’s life. What can we learn?

John Henry Newman was among the founders of the Oxford Movement and a prolific tractarian, having authored two dozen of the Tracts of the Times, the series of pamphlets setting forth the tenets of the movement. Most notably, Newman is remembered as the author of Tract 90, in which he sought to reconcile the teaching of Roman Catholicism with the Thirty-Nine Articles of the Church of England.

Collect for the Commemoration

God of all wisdom, we thank you for John Henry Newman, whose eloquence bore witness that your Church is one, holy, catholic and apostolic, and who made his own life a pilgrimage towards your truth. Grant that, inspired by his words and example, we may ever follow your kindly light till we rest in your bosom, with your dear Son Jesus Christ and the Holy Spirit, where heart speaks to heart eternally; for you live and reign, one God, now and for ever. Amen.

Are you ready to seek out the “kindly light” radiating from the God of all wisdom? Has this light shone in your darkness already? May you find joy and wonder as you experience God’s kindly light this day. May you experience heart speaking to heart now, and eternally. ~Fr. Dan

We pray that God will bless the Church to be a refuge for all as we honor God’s Name. 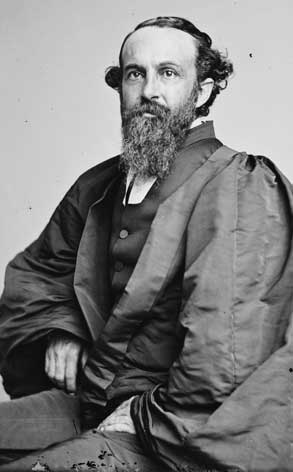 Charles Todd Quintard was the second bishop of the Diocese of Tennessee and the first Vice Chancellor of The University of the South at Sewanee.

Quintard was born in 1824 in Stamford, Connecticut. In 1847 he received the degree of Doctor of Medicine from the Medical College of New York University and worked at New York’s Bellevue Hospital. After a brief episode of practicing medicine in Athens, Georgia, Quintard became the professor of anatomy and physiology at Memphis Medical College and an editor of the Memphis Medical Reporter. […]

It was while he was in Memphis that Quintard came to know Bishop James Hervey ], the first bishop of Tennessee. Under Otey’s personal tutelage, Quintard prepared for holy orders. He was ordained to the diaconate on New Year’s Day 1855 and to the priesthood on the Feast of the Epiphany, 1856. […]

During the Civil War, Quintard played dual roles in the Confederate Army as both chaplain and surgeon. Following the war, he was instrumental in bringing together the previously divided factions and extending the reach of the Episcopal Church, particularly among African Americans.

Bishop Quintard was a strong advocate of education at every level and played a major role in the establishment of schools. Perhaps his greatest accomplishment was the rebuilding of the University of the South at Sewanee after its destruction during the Civil War. […]

Collect for the Commemoration

Mighty God, we bless your Name for the example of your bishop Charles Todd Quintard, who opposed the segregation of African Americans in separate congregations and condemned the exclusion of the poor; and we pray that your Church may be a refuge for all, for the honor of your Name; through Jesus Christ, who with you and the Holy Spirit lives and reigns, one God, for ever and ever. Amen.

Most certainly “Mighty God” will answer our prayer to be a refuge for all. Are you ready to use this strength and grace of God? What are some little ways you can begin to put this big picture grace into practice?

Sewanee: The University of the South (Home Page)

What is a Collect? (PDF)