In the breaking of the bread … recognition

When [Jesus] was at the table with them, he took bread, blessed and broke it, and gave it to them. Then their eyes were opened, and they recognized him; and he vanished from their sight.  (Luke 24:30-31) 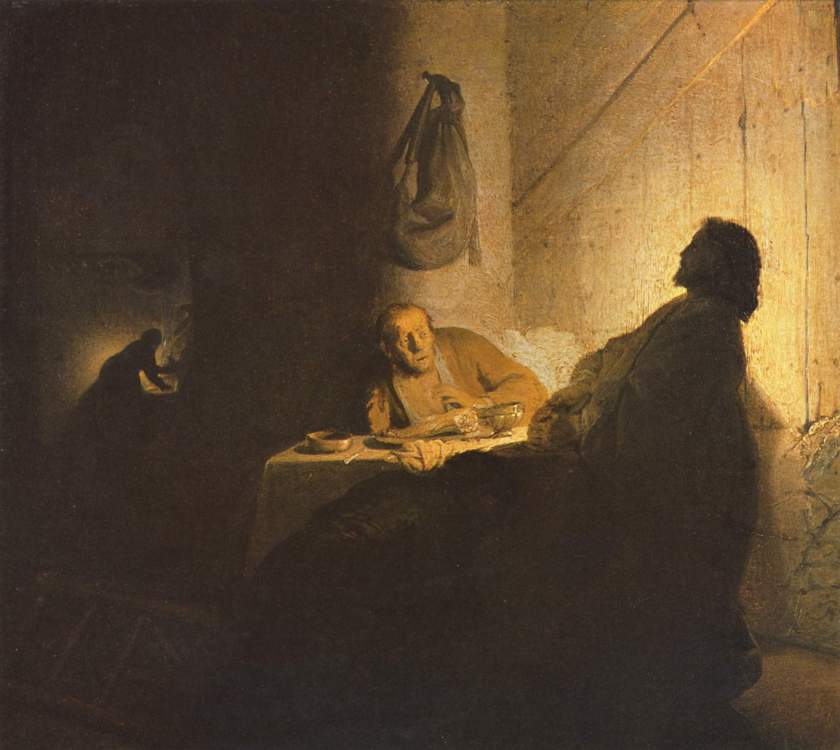 When Christ was crucified, the disciple’s world was shattered and their future uncertain. Where would they go? What would they do? Two of them were on the road to Emmaus, a village near Jerusalem, and as they walked, their conversation was about Jesus and the harrowing events of the previous week. What were they to make of news received from the women who went to Jesus’ tomb and found it empty? The women said angels told them Jesus was alive. While the disciples were walking, the resurrected Jesus joined them on their journey. They were unable to recognize him, however, and when this stranger (Jesus) asked what they had been discussing, they became still. Their heads were downcast. The disciple, Cleopas, asked incredulously, “Are you the only one visiting Jerusalem who does not know the things that have happened…?” When asked, “What things?” Cleopas, recounted the ministry of Jesus the Messiah and how he was sentenced to death and crucified.

As the travelers approached the village of Emmaus, it was near evening and the disciples invited the man accompanying them to stay instead of continuing on his journey. Jesus stayed, and when they were ready to eat, he gave thanks for the bread and broke it. As bread was given to the disciples, they were shocked when they realized suddenly the man they met on the road, and now was in their presence, was Jesus. After Jesus revealed himself, he disappeared.

As a youth, Rembrandt’s schooling was in Latin and Religion and in addition to his skills in art, he developed a deep interest in the Bible. In his drawings, paintings, and etchings, he returned to biblical themes throughout his life. Rembrandt was still a young man when he painted the Supper at Emmaus, and it is a subject he returned to later. His earlier painting, shown here, depicts the exact moment Christ revealed himself to the two disciples.

The light source in a painting establishes highlights, shadows, reflections, and it gives definition to three dimensional forms. Often the light is provided by a candle, lamp, or window, and at times more than one source is included. In addition to natural and artificial sources, light emanating from Jesus has been depicted in paintings since the early Renaissance. In Rembrandt’s Supper at Emmaus, the primary source of light comes from Jesus and much of the painting is in shadow. In the background is a dim light surrounding a servant who is unaware that Christ has revealed himself to the disciples.

Upon realizing they had been walking with Jesus on their journey, and that he was now with them at the table, the two disciples were overcome. One disciple fell to his knees at Jesus’ feet. [He is in deep shadow in the central foreground.] The disciple seated across from Jesus is recoiling in awe and is overwhelmed. Perhaps fright is being experienced as well. Rembrandt made dramatic use of light and dark tones to suggest something extraordinary was taking place.

Image on the Web Gallery of Art

Sister Joan Chittister is one of my favorite authors. Here is her “Easter Prayer.” You can find an index to all of her “Ideas in Passing” here. I encourage you to subscribe to her weekly email.

To say “I believe in Jesus Christ . . . who rose from the dead,” is to say I believe that the Resurrection goes on and on and on forever. Every time Jesus rises in our own hearts in new ways, the Resurrection happens again. Every time we see Jesus where we did not recognize him before—in the faces of the poor, in the love of the unloved, in the revelatory moments of life, Jesus rises anew. The real proof of the Resurrection lies not in the transformation of Jesus alone but in the transformation awaiting us who accept it.

To say, “I believe in Jesus Christ . . . who rose from the dead,” is to say something about myself at the same time. It says that I myself am ready to be transformed. Once the Christ-life rises in me, I rise to new life as well. “Christ is risen, we are risen,” we sing at Easter. But it has a great deal more to do with life than with death. If I know that Jesus has been transformed, then I am transformed myself, and as a result, everything around me.

Until we find ourselves with new hearts, more penetrating insights, fewer compulsions, less need for the transient, greater awareness of the spiritual pulse of life, resurrection has not really happened for us. Jesus has risen but we have not. Resurrection is change at the root of the soul. It marks a whole new way of being in life.

Jesus, help me to understand that in every life, something good fails, something great ends, something righteous is taken unjustly away, something looms like an abandonment by God. Give me the wisdom to know that You rose from the dead as a sign to us that every one of these “little deaths” is life become new all over again. Be with me in living Your Resurrection over and over again.

The chimes are fairly shouting praises as they sound today. What do you hear? 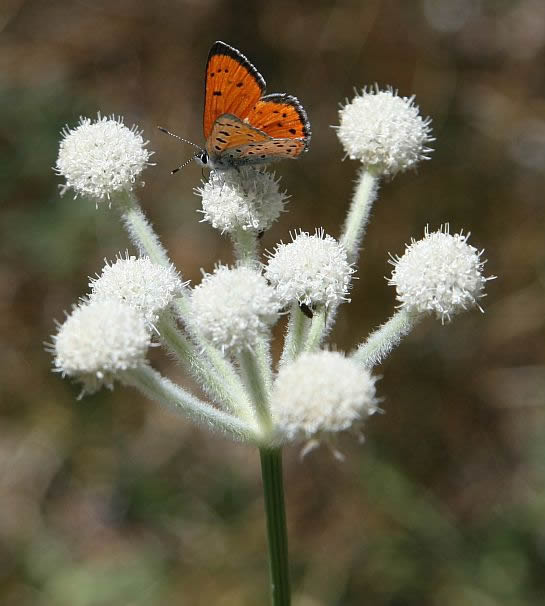 GOOD SHEPHERD
from the Catacomb of Pricilla
Click for Wikipedia image.

Fra ANGELICO,
(b. ca. 1400, Vicchio nell Mugello, d. 1455, Roma)
Click to open Web Gallery of Art Artist Biography and to explore other works by this artist.

In 1407, Guido di Pietro joined the Dominican order in Fiesole (near Florence, Italy) and at his vows took the name Giovanni. Thus, he was known as Friar Giovanni da Fiesole (Brother John of Fiesole). Vasari referred to him as Fra Giovanni Angelico (Brother John the Angelic one); now he is known simply as Fra Angelico. In Fra Angelico’s lifetime, Italy was in a state of transition. In the early part of the fifteenth century, medieval art was still a presence but Florence was at the heart of the Renaissance and Fra Angelico was aware fully of the trends toward humanism and the changes in art that were taking place.

In medieval art, figures are generally flat with little sense of individuality. They seem to exist in a mystic realm surrounded by gold leaf that shimmers as though reflecting heavenly light. Figures are not always anatomically correct in proportion and may be made larger or smaller according to a person’s status. During the Renaissance, the interest in humanism, an awareness of the world in which they lived, a better understanding of perspective, and the use of oil paints were factors that led artists toward the creation of paintings that were convincing effects of reality. Figures of a Modonna and Child no longer existed in another realm; they were given anatomically correct proportions and were presented as real people.

Fra Angelico’s life was devoted to the work of the church and one of his major undertakings was at the monastery at San Marcos in Florence where he and his assistants painted the cells (prayer and meditation rooms) with scenes from the life of Christ. Noli Me Tangere (“Don’t touch me”) is a fresco on the wall of one of the cells. The scene depicts Mary Magdalene just after she recognized the risen Christ. She is kneeling and reaching out toward him as Christ subtly gestures to her and steps aside.

There is pictorial depth in this fresco and the modeling creates an effect of solid figures under the draped clothing. Mary Magdalene’s kneeling position is believable as is the sense that Jesus has just moved his right foot as he withdraws slightly from Mary. Yet, although the figures are no longer painted as they would have been in medieval times, the tomb is quite stylized and tightly rendered. The landscape of springtime flowers and the backdrop of trees also are stylized.

Studies by perceptual psychologist Rudolph Arnheim have shown that viewers tend to “read” a painting from left to right. It also has been shown that from the standpoint of visual balance, we are more comfortable when there is more visual weight on the left side of a painting. Fra Angelico followed intuitively these compositional guidelines. If the painting, Noli Me Tangere, were to be divided in half (the background palm tree being the center) the larger and more passive visual mass on the left – the tomb and Mary Magdalene – is balanced by the more active figure of Christ on the right.

In Noli Me Tangere our eyes enter the painting on the left side at the tomb. We make a mental note of the darkness in the open door (this door is not designed to be closed by a large stone) and then we continue our visual journey to Mary Magdalene dressed in red, a color that also carries weight. The direction of Mary’s gaze, her arms, and her hand gesture lead our eyes to the figure of Jesus the focal point of the painting. In the figure of Jesus we find movement and we follow his gaze as it leads us back to the face of Mary. A fence in the background limits pictorial depth and keeps the focus of attention on the figures of Jesus and Mary Magdalene in the foreground. Although Noli Me Tangere seems to be a simple composition there is within the subtle gestures and facial expressions, a subtext that causes us to reflect on the moment this meeting occurred.

Great Fifty Days of Easter
The feast of Easter is a season of fifty days, from Easter Eve through the Day of Pentecost. From early times the Greek word pentecost (fiftieth day) was used also for the whole Paschal season. During this season there is no fasting. The Council of Nicaea (325) directed that Christians are to pray standing. The word “alleluia” (praise the Lord) is said or sung repeatedly, which contrasts sharply with the season of Lent when the alleluia is omitted. The color of liturgical vestments and hangings is white or gold.

—An online Glossary of Terms maintained by The Episcopal Church