As the 16 Days of Activism Against Gender Violence Campaign (Nov 25 – Dec 10) closes for 2011 the need to raise awareness and the need to offer haven and hope for victims will continue. Today two such programs are highlighted, one in the San Diego area and part of our efforts through ECS and one here in the Coachella Valley and supported by St. Margaret’s over the years.

The Julian’s Housing Program for Women & Children provides supportive, transitional housing for women and children escaping the perils of domestic violence. The program serves women over the age of 18 and their children who are homeless as a result of fleeing domestic violence. Introduction to the Program on the web page

It is hard to believe that for many years, even in a community as caring as the Coachella Valley, violence against women and children was the dirty little secret that no one wanted to talk about. Finally, in 1988, recognizing how desperate the need, a group of women and men came together determined to find a way to help. In 1993 they opened what is still the Coachella Valley’s only emergency shelter for victims of domestic violence. … Yet, as important as shelters are, they are not the answer for everyone. Recognizing this and acutely aware of many unmet needs, we made a commitment to create a continuum of services that would offer domestic violence victims the best possible chance to create safe and healthy lives. President’s Message from the website for Shelter from the Storm

Serving God by serving those in need.

Mission Statement of Shelter from the Storm

Shelter From The Storm provides comprehensive services to victims of domestic violence—professionally, ethically, and compassionately.

For the rest of the story: Shelter from the Storm

Hear what the Spirit is saying. 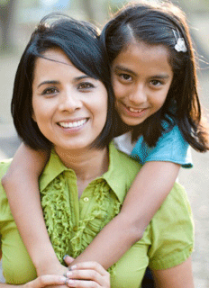 More than just a “shelter,” Julian’s Housing Program is a place to heal from emotional and physical wounds of abuse while acquiring self-esteem and independence. Services provided include:

Prevalence of Domestic Violence in the United States

Source: Futures Without Violence website.
Document: Get the Facts: The Facts on Domestic, Dating and Sexual Violence. Includes links to the reports documenting the facts presented here.

Locally, ECS provides housing for the homeless in the Coachella Valley.

Serving God by serving those in need.

For the rest of the story: Episcopal Community Services. Hear what the Spirit is saying.

ECS in the Coachella Valley 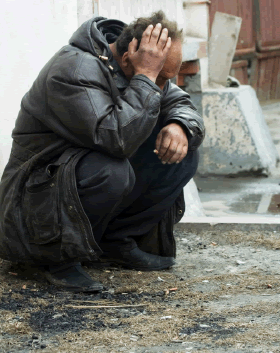 Homeless advocates estimate approximately 10,000 individuals are homeless in Riverside County. Many of those who are homeless find themselves in the Coachella Valley region of the county, where resources are limited. More than one-third of the homeless population likely suffer from mental illness, and almost half of the adults have been homeless for one year or longer. ECS has responded to the growing need for homeless services by providing essential residential and outreach programs.

Desert Vista is a permanent, supportive housing for chronically homeless and disabled. Several homesites throughout Palm Springs, Cathedral City and Desert Hot Springs provide 40 residents with long-term housing. Residents work towards achieving their independent living goals by utilizing a low demand, harm reduction model that enables them to progress at their own pace. Case management staff work closely with residents in the development of their independent living plans to assist them in maintaining permanent housing. Rent is equal to 30% of a resident’s income.